Plumbing noises are always worth paying attention to because they’re never just noises. Often, an unusual noise coming from your home’s plumbing is your first indication that something’s wrong. You could think of plumbing noises as a kind of early warning system. When you hear a weird plumbing noise, pay attention! You could save your plumbing system–and a fair bit of money, too!

Some “early warning” plumbing noises are especially notable. If you have any of the following four plumbing noises, it always pays to check them out. Here’s how to track down your sound, what’s probably making it, and what you should do about it:

Loud “bang” after turning off the water

This sounds like a loud hammering or banging sound. It happens after you turn off water that was flowing into a sink drain. Your banging sound is actually a specific plumbing phenomenon called “water hammer.” Water hammer happens when water that’s rushing through pipes suddenly stops. The force of the water suddenly stopping creates a shockwave that reverberates through your pipes as the hammering sound. If the pipes rattle and smack against other things during the shockwave, the water hammer sounds even louder. 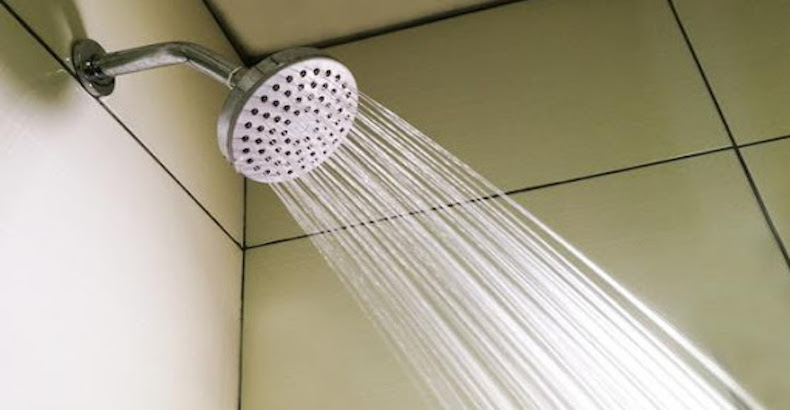 This sounds like a high-pitched whistling coming from your shower head whenever you’re taking a shower. It can happen intermittently or constantly while the shower is running. This noise could be happening for a couple reasons. Most likely, something inside the shower head is partially blocking water flow. Minerals and sediment can build up inside shower heads just like any other plumbing component. Shower head clogs are especially likely if you don’t use a water softener. Cleaning the shower head should do the trick.

If your shower head still whistles after you clean it, then there might be a problem with another shower component. Most likely the washer in the shower faucet diverter is worn out or damaged. If you only hear the whistling when you use hot water, then the diverter is probably the problem. Replacing shower diverter washers is a fast and easy job. If the washer isn’t the problem, either, then you should try replacing the shower head entirely.

This “gurgling” noise usually happens after you turn off water running in a sink. It could sound like water’s struggling to move through the pipes, or like water is “bubbling” in the drain. The sound could come from the drain itself, or you could hear it further down, near the trap. When a drain gurgles, it’s usually because the pipe vent isn’t working correctly. The sound you’re hearing is air rushing past the water in your sink trap.

When water moves through a pipe it pushes air down the pipe, creating a vacuum behind it. Vents exist to add air back into the pipes after water pushes it down. If vents are blocked, air has to find another way into the pipes–usually through the drain. When air pushes through to fill the vacuum, it distresses the water in the trap. Clearing the drain vent should give air an avenue to enter the pipe and solve your gurgling problem. 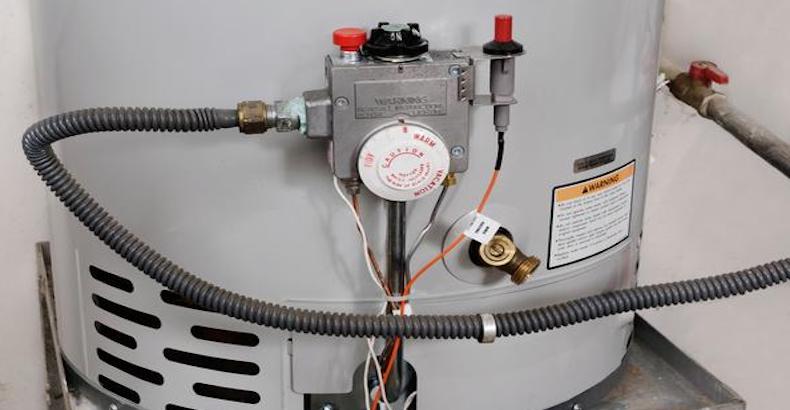 This “popping” noise can sound like anything from popcorn cooking to a dull thunking noise. It can be very quiet or surprisingly loud. We’re using basements and utility closets as an example, but it comes from wherever your water heater is installed. It’s tough to notice unless you’re listening for it, but the noise probably usually happens after you use your hot water. The popping noise is the sound of water boiling up from under sediment inside the water heater’s tank.

Sediment tends to build up inside water tank tanks naturally over time–especially if your home has hard water. This sediment settles into the bottom of the water heater tank and traps some water beneath it. When the tank heats water, the water trapped beneath the sediment starts to boil. Bubbles from the boiling water struggle to escape from under the sediment. These bubbles “pop” with great force, creating the sound you’re hearing. Flushing your water heater tank should do the trick. If it doesn’t, you may need to replace the tank entirely.

By identifying and doing something about these plumbing noises early, you can avoid larger plumbing problems. Don’t wait! If you’re hearing something strange in your plumbing, look into it right away. If it’s one of these problems, you’ll probably be able to fix it fast!

If you need help addressing your weird plumbing noise, give The Pink Plumber a call any time. We’re alway happy to help figure things out and fix them. Silent plumbing is just a call away, so call today!

Signs My Septic Tank Has A Problem

Why is my water always cold?