Read about Our Health and Safety Commitment.

Unfortunately, sometimes you can’t avoid a boiler repair. The good news is that there are preventive measures you can take to avoid emergency boiler repairs. Here are five ways to keep your home’s boiler running smoothly around the clock.

Having your boiler serviced once a year by a licensed plumber goes a long way toward preventing unexpected problems. During the service, your plumber identifies small problems that have the potential to grow into major issues if left alone. Homeowners who invest in annual services extend the boiler’s lifespan and protect their homes from carbon monoxide poisoning. Even if you have a working carbon monoxide detector in your home, knowing that you’re operating your boiler safely offers peace of mind. That’s an invaluable benefit of annual service.

Turn Your Boiler on in the Summer

To reduce energy costs, many households turn their boilers off when the temperatures rise outside. Who needs to run the heat during the summer anyway, right? However, turning the boiler on during the summer prevents the unit from seizing due to a cold start. You don’t have to leave your boiler on all day during the summer. Instead, turning it on once a month for about 10 minutes should do the trick.

Keep the Heat Running While on Vacation

Do you take a getaway during the colder months to give yourself a break from winter’s gloomy days? If so, don’t turn your boiler off entirely while you’re gone. Instead, set the thermostat to a lower temperature so that the heat runs, but doesn’t waste a lot of energy. Not only does this keep your boiler running well, but it prevents frozen pipes. When pipes freeze, they burst. You don’t want to come home to a mess. 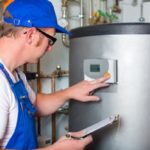 Have you been having problems with your home’s radiators? Radiators that don’t heat well put unnecessary strain on your boiler. Have a plumber bleed your radiators to release trapped air. When air becomes trapped, it makes it harder for the radiators to heat up. While you’re having the radiators bled, ask your plumber to check the boiler pressure. If it’s too low, the plumber tops it off using a filling loop.

After years of usage, your home’s central heating system develops sludge, dirt, and rust. Powerflushing is a method that safely gets rid of this build-up to make your system heat better. Although powerflushing is most often used when installing a new condensing boiler, it’s also helpful in the following situations:

Powerflushing isn’t an inexpensive maintenance service, but it does go a long way toward extending the lifespan of the boiler. If you can’t afford to do it every year, make it a one to three-year maintenance priority.

If you’re ready to have your boiler serviced and fine-tuned, contact the local plumbers at The Pink Plumber to schedule an appointment.

Tips for Greener Plumbing to Save You Money

How to Avoid Mold in Your Bathroom in Spring and Summer 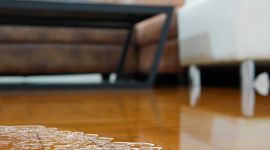 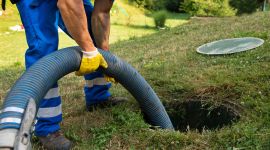 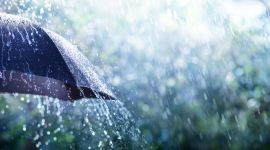